UPD: This post originally authored by Joan Neuberger has been updated and edited to include the Slavic DH group library that is stored in Zotero  https://www.zotero.org/groups/2251610/slavicdh/items/
The library is regularly renewed on this page https://slavicdh.aseees.hcommons.org/slavic-dh-library/

This library is a work of many people. Please join to contribute.

END_OF_DOCUMENT_TOKEN_TO_BE_REPLACED

GeoPortOst provides access to more than 900 hidden maps of Eastern and Southeastern Europe. The collection includes thematic maps on history, ethnography as well as the economic and social relations of this area. GeoPortOst synthesizes maps, spatial data, and semantic context within a new spatial information system. 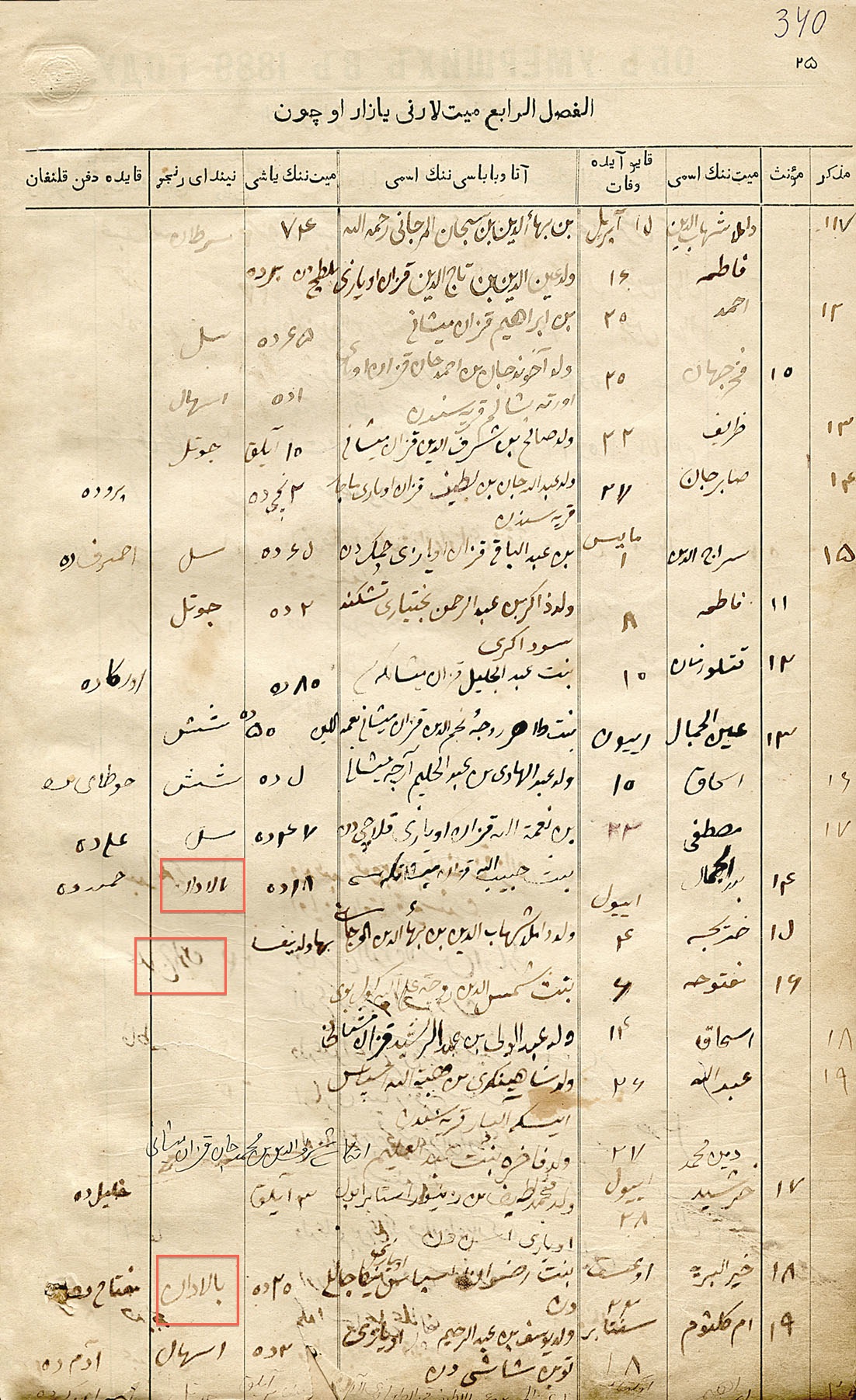 CEMPP seeks to combine qualitative and quantitative scholarship in a comprehensive effort to achieve innovative results never before attained in its cultural and historical area of attention. It will create, first of all, a unique digital research resource based on a virtually untapped source—the метрические книги (metrical books, or parish registers), from which wide-ranging scholarship will result about the substantial Turkic-speaking Muslim communities of the Russian Empire. Secondly, it will address a consequential scholarly question: During the final ninety years of the Empire, when state and society were experiencing the growing pressures of early stage modernization as well as repeated disruptions brought about by war, revolution, and popular unrest, how did its Muslim population fare demographically, socially, and economically? Before we conceived CEMPP, the latter question had little hope of being answered. Support from NEH will sustain the first phase of the project whereby we will create and program the database to store non-aggregated data on persons, families, and households. Seeking proof-of-concept for the project, we will gather data for approximately 25,000 Muslim inhabitants of Kazan, the third largest city in Russia, as organized around 18 mosques and their parishes. By adhering to the Intermediate Data Structure (IDS) format, we will take advantage of its open, scalable, and extendable character while proceeding beyond the bounds of our particular dataset to contribute to the common interface for the history of the life course of Eurasia as a whole.

This project embraces complex statistical analysis of hitherto unexamined longitudinal data from the metrical books, in conjunction with narrative sources, so as to open up unique opportunities to make Russian demographic and social history take center stage, beginning with its Muslim populations. More than usual for the field of Russian studies, our open source project is about large numbers of humans in a time and place not our own, but whose very identity in multiple ways is revealed as if they were “raised from the dead” to be spoken to directly and individually. Because of the nature of the data in the primary source, we will be able to follow the life paths of thousands of individuals over time. The more common demographic information about such issues as fertility, causes of death, infant mortality, number of divorces, and identities of local elites is especially valuable in a period of increasing social, economic, political, and familial stress that characterized Russia as it headed into the early twentieth century. Deeper revelations about our subjects will result from our team’s “data mining” ability to draw more sophisticated conclusions about (1) social and economic networking beyond the extended families and parishes, linking identifiable persons across generations, social classes, and professions; (2) the level of economic well-being in both families and parishes, whereby we will be able to assess the success of Islamic society in Russia as compared to its past and to  other confessional groups, discern whether Islamic society was able to deliver high levels of sustainable socio-economic circumstances as a result of Russia’s pursuit of industrialization, and whether the quality of life of the group or sub-groups was measurably positive; (3) the “value” of marriage over time in terms of dowries provided by the brides’ families as well as the implications of a growing divorce rate—how that affected familial wealth and opportunity for advancement, the status of women, and family structure—and how the causes for divorce might have changed; and (4) mobility, both spatial and social that will reveal the shifting contexts of networking, the level of economic well-being, and the value and stability of marriage.

Because public opinion was emerging with increased strength and vitality during precisely the period we are studying—largely as a result of expanded publishing opportunities and reform of censorship laws—the voices of ordinary people began adding substantially to the traditional social “noise” of elites with different, more human and mundane concerns. Scholars both inside and outside of Russia have delved into the periodical and other literature produced during these decades only minimally, for different reasons. In the past decade, however, our Tatar colleagues have made significant advances on this score. Adding the growing information from textual sources to the data provided by the metrical books will create a novel and expanded source-base for collaborative study of Russia’s Muslims that will engage scholars in diverse disciplines from history to literature, as well as various social sciences. While demographic history has barely touched discussion of Russia’s Muslims, the opportunity to bring its data and methods to the humanities table will add value to humans themselves just at the point in time when some began moving away from fideism to a non-theistic life stance centered on the human agency that modernity encourages.

In its full extent, our project has multiple phases, each of which will be pursued, depending upon funding, one after the other. Along the way we expect to produce provincial micro-studies, beginning with Kazan and its capital city of the same name. As our project moves through one region to another, our goal will be to multiply such studies, present findings to national and international conferences, and investigate ways to adapt the new field of knowledge management  and visualization tools to help communicate our results more effectively, find additional collaborators for our own and related projects, and achieve advanced data analysis to better identify patterns, trends, and clusters, but also gaps, outliers, and anomalies in the massive amount of complex data we will have gathered.

At all stages of development, our database will be free-standing and open access, with two storage/server sites: Indiana University and the National Archive of the Republic of Tatarstan. Available to global scholarly use with no restrictions, the database will have a second, especially humanistic purpose: to serve as a huge genealogical source for much of Central Eurasia with full searchable capabilities and ease of use for those seeking information on their family histories.

A final point: What my team is doing for imperial Russia’s Muslim confession can be pursued for all of the other major confessions—Russian Orthodox, Old Believer and other schismatics, Roman Catholic, Jewish, Lutheran, and Buddhist—with the result that, in principle, a much more complex and nuanced socio-economic history of the Empire in its final decades may be written.

The Electronic Archive “Project for the Study of Dissidence and Samizdat” (PSDS) includes the database of Soviet samizdat periodicals, electronic editions of selected samizdat journals, illustrated timelines of dissident movements, and interviews with activists. The Project aims to make rare materials more widely available and to provoke questions about the trajectories of groups and individuals within the varied field of Soviet dissidence and nonconformist culture.

This site is part of the ASEEES network on Humanities Commons. Explore other sites on this network or register to build your own.
Terms of ServicePrivacy PolicyGuidelines for Participation